How Turkey Uses Kidnapping and Hostage Negotiations As Diplomacy

Most U.S. allies would likely understand that, as a member of NATO, every nation is subject to the will of the U.S. Yet Erdogan is not your average U.S. ally and, instead of pleading to deaf ears in Washington, he has decided to take his purge global and use every method available to secure his power. ANKARA, TURKEY -- Ever since a failed coup in July of 2016, the increasingly anti-democratic policies of the Turkish government under the leadership of President Recep Erdogan have become an embarrassment for the NATO member’s Western allies. While many people may be aware, at least to some extent, of the ongoing crackdowns inside of Turkey, few

END_OF_DOCUMENT_TOKEN_TO_BE_REPLACED

James Carey is journalist and editor at Geopolitics Alert. He specializes in Middle East and Asian affairs.

Chris Hedges: The Empire is Not Done with Julian Assange

Interpol To Vote For Palestinian Membership Despite Israeli Lobbying

Israeli officials have been working with their American counterparts to find a way to prevent the PA from gaining the same status as the Israeli police. The International law enforcement agency Interpol is set to vote on Palestinian Authority (PA) membership despite intensive Israeli and US lobbying against it, news agencies reported yesterday.

Board of directors of the international police organization, which is

END_OF_DOCUMENT_TOKEN_TO_BE_REPLACED

How Secure Are The Friendly Skies?

Interpol reports that four in 10 international travelers fly without their passports being checked for validity. END_OF_DOCUMENT_TOKEN_TO_BE_REPLACED

Frederick Reese is lead staff writer for Mint Press specializing in race, poverty, congressional oversight and technology. An award winning data journalist and creative writer for over 15 years, Frederick has written about and worked for social advocacy projects and personal awareness efforts. Frederick is a jack-of-all-trades, with work experience as a teacher, a pastry chef and a story writer. Frederick has publication credits with Yahoo!, B. Couleur, and more. A native New Yorker, Frederick graduated from Colgate University in 1999 and Johnson & Wales University in 2003. Frederick started his journalistic career writing for his university’s newspaper, “The Colgate Maroon-News,” before starting and heading his own magazine, “The Idealist.” Most recently, Frederick received a data journalism award from the International Center for Journalists for his minimum wage coverage for MintPress. Follow Frederick on Twitter: @frederickreese

The search operation has involved 34 aircraft and 40 ships from several countries covering a 50-nautical mile radius from the point the plane vanished from radar screens between Malaysia and Vietnam. KUALA LUMPUR, Malaysia (AP) — Rescue helicopters and ships searching for a Malaysia Airlines jet rushed Monday to investigate a yellow object that looked like a life raft. It turned out to be moss-covered trash floating in the ocean, once again dashing hopes after more than two days of fruitless search for the plane that disappeared en route to

END_OF_DOCUMENT_TOKEN_TO_BE_REPLACED

The leader of al-Shabab said the attacks will continue until Kenyan troops are withdrawn from Somalia. 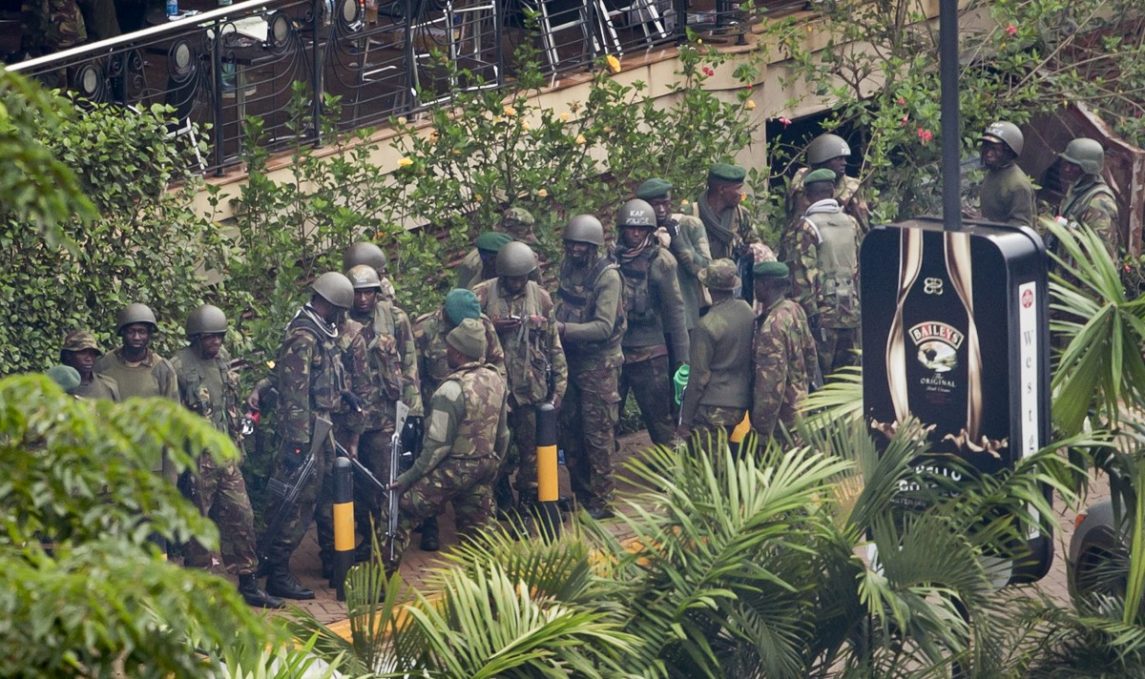 NAIROBI, Kenya — The Islamic extremist group that killed scores of people at a Nairobi mall attacked two Kenyan towns near the Somali border, killing three people. The leader of the Somali group affiliated with al-Qaida said the attacks will continue until Kenyan troops are withdrawn from Somalia. The leader of al-Shabab said in a message that