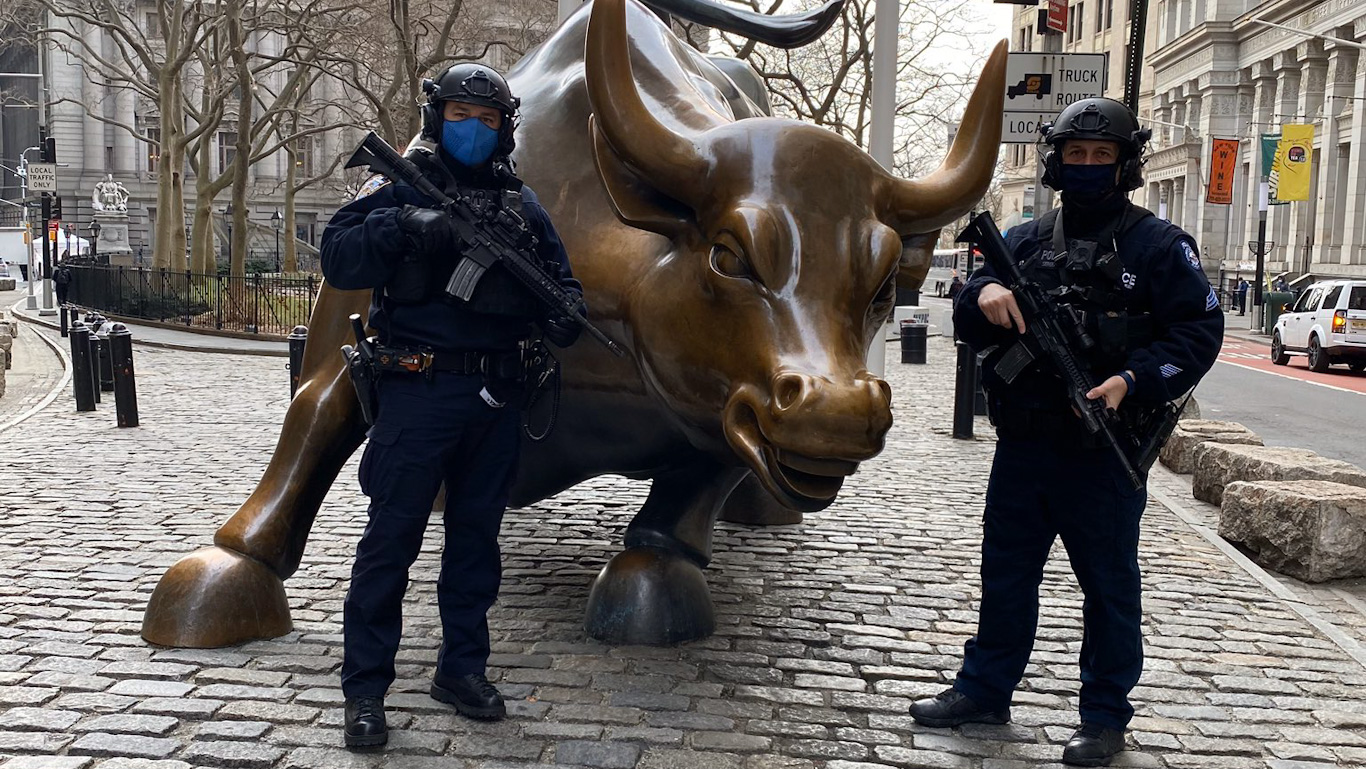 Barely a week after the state made the practice a criminal offense, New York Police Department officer David Afanador was caught on camera yesterday choking a black man unconscious. Video of the incident in Queens shows Afanador and other officers apprehending 35-year-old Ricky Bellevue as his companions plead for his safety: “Stop choking him bro…

END_OF_DOCUMENT_TOKEN_TO_BE_REPLACED New York State Governor Andrew Cuomo and New York City Mayor Bill De Blasio have declared a curfew until Monday, June 8 in response to ongoing protests sparked by the police killing of George Floyd in Minneapolis. The latest method of trapping and arresting those breaking the curfew appears to be the use of fake yellow taxis that are actually

END_OF_DOCUMENT_TOKEN_TO_BE_REPLACED The New York Police Department reached a settlement with Muslim-owned businesses, mosques, student groups, and others it subjected to discriminatory and suspicionless surveillance. As part of the settlement, businesses and mosques that were spied upon by the NYPD will receive damages for income lost as a result of the stigma and humiliation they

END_OF_DOCUMENT_TOKEN_TO_BE_REPLACED

In NYC When Cops Backed Off, Crime Did Too

The choice to invest in punitive systems instead of stabilizing and nourishing ones does not make our communities safer. A living wage, access to holistic health services and treatment, educational opportunity, and stable housing are more successful in reducing crime than more police or prisons. NEW YORK – A couple of weeks ago ProPublica noted that 2017’s murder rate in New York City was down to 291, the lowest since the 1950s. That number is noteworthy in and of itself, but also because of the context in which it occurred: the number of “stops” and “frisks” employed by the NYPD. About 10,000 people were stopped and frisked -- checked for

END_OF_DOCUMENT_TOKEN_TO_BE_REPLACED

Left, Right Or Center — The Police State Does Not Discriminate

America’s militarized police force and its brutal crackdown on protesters is being meted out to Americans across the political spectrum. “Since when have we Americans been expected to bow submissively to authority and speak with awe and reverence to those who represent us? The constitutional theory is that we the people are the sovereigns, the state and federal officials only our agents. We who have the final word can speak softly or angrily. We can seek to challenge and annoy, as

END_OF_DOCUMENT_TOKEN_TO_BE_REPLACED

Robert Lewis on how his reporting triggered an internal investigation of suspicious dealings made by active-duty New York police officers.