Winnie Madikizela-Mandela: A Death in the Family for Millions of South Africans

JOHANNESBURG, SOUTH AFRICA — Youth Day, as it is known in South Africa, is a national holiday commemorating the anniversary of the 1976 Soweto uprising against the white-minority apartheid government. Arriving almost an hour late to the rally at a soccer stadium in the all-black township, Winnie Madikizela-Mandela approached her ex-husband’s successor, President Thabo Mbeki as he sat with other government officials on a dais, and leaned in to kiss his cheek.

But Mbeki would have none of it. Visibly angry, his face visibly disfigured by his displeasure, he raised his hand to block the kiss, and in full-view of thousands of spectators, he shoved the older woman’s face just hard enough to knock her hat to the ground.

The stunning public rebuke in June of 2001 had all the drama of a soap-opera in post-apartheid South Africa, with Madikizela-Mandela cast as the diva, and Mbeki as the clear villain.

“This was a grave miscalculation on Mbeki’s part,” a South African journalist, Abbey Makoe told me at the time. Speaking primarily of the country’s overwhelming black majority, he continued:

“We respect Mbeki as the head of state, but we love Winnie as family.”

Winnie Madikizela-Mandela died early Monday morning in Johannesburg at the age of 81, after a brief illness. If you haven’t already, you will hear and read some unsettling things about the iconic second wife of the nation’s independence hero and first democratically-elected president, Nelson Mandela, often referred to by his clan name, Madiba. The international press will undoubtedly describe her as a polarizing figure, an unfaithful wife and corrupt politician, and an unprincipled revolutionary who ordered her henchmen to murder an adolescent police informant.

Within South Africa, however, such sentiments are a distinctly minority view. Three quarters of South Africa’s 57 million people are black; and, of the black population, nearly six in ten are poor; and the vast majority need no qualifiers to express their feelings for Mandela. It was as straightforward and uncomplicated as this: She loved them, and they loved her back.

Choosing immersion when others chose escape and exploitation 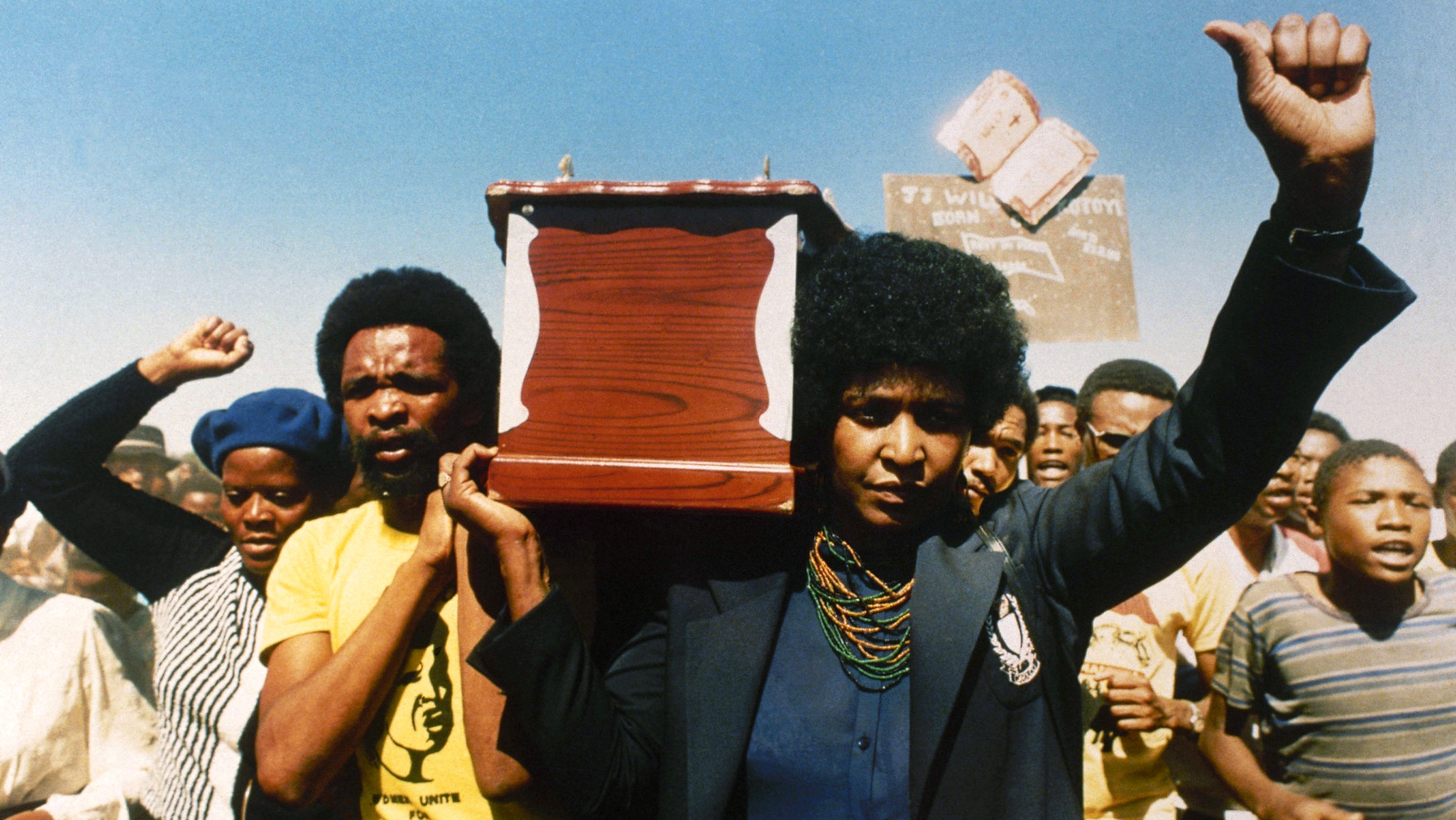 When South Africans of all races went to the polls for the first time in 1994, apartheid’s subsequent abolition freed blacks to live wherever they could afford. For many — such as the country’s new president, Cyril Ramaphosa, a former labor leader — that meant leaving all-black townships like Soweto for virtually all-white suburbs.

“And the very people who are leaving are the people with the money and the know-how that Soweto needs,” a black bar-owner named Digkale Cornish told me in 2001. “They are cowards, driving their BMW’s home to the suburbs while their people suffer.”

By comparison, Winnie, in the parlance of the day, always kept it a ‘hunnert.’ She never moved away, building a nice — but by no means opulent — house in Soweto’s toniest neighborhood.

“When my grandmother died, Mama Winnie was one of the first to visit my family, bringing a cake she had baked for the after-tears party,” a 22-year-old musician and youth counselor named Sipho Mthimkhulu told me in 2001, referencing the popular South African term for a funeral repast, and adding:

I can’t remember the last time I saw Cyril but I see Mama Winnie all the time, at the coffee shop or the restaurant. We see her driving down the street and if we honk, she honks back. That means everything to people who have always struggled to be seen.”

Sawabona, or Sawa for short, is the common greeting for the tribes of northern Natal in South Africa and its literal translation is “I see you,” as if to say that I see through you and understand your humanity and appreciate your struggle.”

Ask most any black South African and they will tell you that this was Winnie’s truest gift, and perhaps her curse. Like a biological mother, Winnie never gave up on her children, never lost faith in their greatness, and had no truck with anyone — be they white or black or otherwise — who insisted that Africans were even partly responsible for their oppression, or their impoverishment. The white setter was solely responsible, with the possible exception being the blacks that let the whites off the hook.

When the apartheid government in 1990 rescinded its ban on the largest liberation group, the African National Congress, the party began to split along ideological lines defined in large measure by the contrasting paths chosen by party members like Mbeki who fled to London, the U.S., Zambia and elsewhere, and those who stayed behind to fight apartheid — on the front lines as it were. Winnie, and the head of South Africa’s Communist Party, Chris Hani, were leading figures of the latter faction, and they exhorted their comrades in the ANC to implement socialist policies rather than market-based reforms, as they strategized the end of white-settler rule.

But Hani’s 1993 assassination, ostensibly by a pair of rogue white supremacists, opened the door to an ANC that became enthralled with global finance. The result is that, materially speaking, black South Africans are as poor as ever, while a tiny, black comprador class reaps untold wealth. Along with Hani and others, Madikizela-Mandela channeled the writings of the slain South African intellectual Steve Biko, and warned that the solutions to Africa’s biggest problems do not lie with the very people who caused them.

«The ANC of our forebears has disappeared,» she said to the Huffington Post last year, and continued:

Every day you open a newspaper, there are stories about this corruption, capture of the state, the ANC is also captured … This is the news we read today about my ANC. This is what happens to revolutionary movements … and I warned about that 23 years ago.» Like any real mother, Mama Winnie was hardly perfect. She was, as already noted, a diva (though that was part of her charm); but she was also representative of the unrecognized role that women have played in revolutionary movements. While Mandela was locked up at Robben Island — safe because his jailers feared the fire-next-time that would be ignited by his martyrdom — his wife was leading protests, organizing, raising money, and then she would go home and cook for the couple’s two daughters. For her efforts, the apartheid government banished her to a tiny, desolate town in the rural Orange Free State, far from her family and friends in the bustling townships outside Johannesburg. The consensus in South Africa is that she was tortured while in detention, by apartheid intelligence officers who have acknowledged the use of waterboarding and rape to interrogate dissidents.

Winnie was indeed convicted for her role in orchestrating the murder of a 12-year-old boy, who was a suspected informant, but the director of a 2017 documentary asserts — and many of her supporters believe — that the allegation was intended to discredit her, noting that she never spent a day in jail for the murder conviction. Neither has she served any prison time for charges that she abused her office in Parliament to influence lenders and other business executives.

There is a story that I heard several times during my four years living in South Africa, which, because I’ve never been able to locate a written version of it, I have to assume is apocryphal. But it’s telling nonetheless, because it speaks to the ferocity that many black South Africans ascribed to Mama Winnie, and the reasons why whites and their black vassals tried to destroy her reputation.

As it was told to me, Winnie was testifying in a conspiracy case during high apartheid in the mid-1980s and she was being grilled relentlessly by the prosecutor. After some time, she grew exasperated, reached down to retrieve her purse that was at her feet, and from it removed a matchbook. As the prosecutor continued his hostile questioning, the mother of the country lit the match and announced unflinchingly:

“It doesn’t matter what you say; one way or another we blacks are going to take back our country.”

Top Photo | In this Feb. 13, 1990 file photo, Winnie Mandela, left, with her former husband Nelson Mandela, right, at a rally in Soweto, South Africa shortly after his release from 27 years in prison. Anti-apartheid activist Winnie Madikizela-Mandela has died aged 81, it was reported on Monday, April 2, 2018. (AP Photo, File)