Pre-Meditated Murder in Gaza, How Israel Provided Evidence of Its Own Crimes

The evidence is overwhelming and almost entirely provided by Israeli officials themselves. 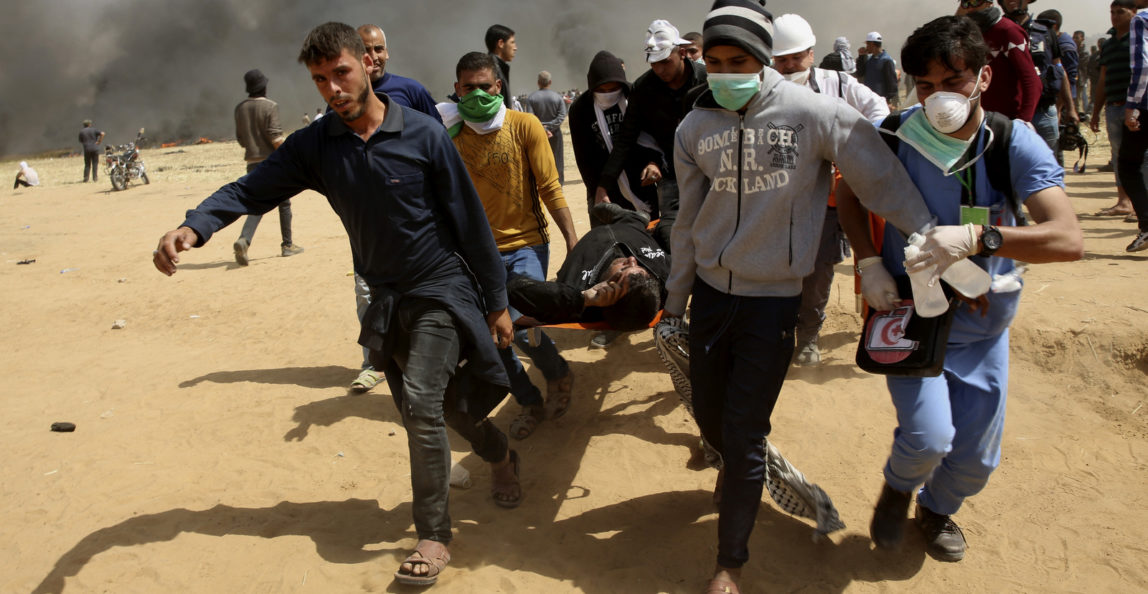 A week on from Israel’s deadly crackdown on Palestinian protests in the occupied Gaza Strip on Land Day it is clear that the killing of demonstrators constituted a case of pre-meditated murder. The evidence is overwhelming and almost entirely provided by Israeli officials themselves. First, consider the Israeli authorities’ preparations and open

END_OF_DOCUMENT_TOKEN_TO_BE_REPLACED

Palestinian activists and analysts have long described Israeli policies as a form of apartheid, and Israeli human rights NGO B’Tselem has compared Israel’s “regime of separation” in the occupied territories to “the Apartheid regime in South Africa”.

In an unprecedented development, Amnesty International has pledged to consider whether the Israeli government is committing the crime of apartheid in the occupied Palestinian territory (oPt). This marks the first time that the global rights NGO has said it will investigate Israeli practices specifically with regards to whether they meet the

END_OF_DOCUMENT_TOKEN_TO_BE_REPLACED

Efforts are taking place in parallel to significant initiatives by figures within and outside of the Israeli government to normalize the presence of the settlements.

The Israeli government and its allies are mobilizing to try and thwart a United Nations list of companies complicit in illegal settlements in the occupied Palestinian territory (oPt). These efforts are taking place in parallel to significant initiatives by figures within and outside of the Israeli government to normalize the presence of the

END_OF_DOCUMENT_TOKEN_TO_BE_REPLACED

In a year with major anniversary celebrations, support for Israel is waning among millennials, young Jewish Americans and Democrats. When David Friedman was sworn in two weeks ago as US ambassador to Israel, all went smoothly. The afternoon event was a straightforward affair; children and grandchildren were in attendance, and US Vice President Mike Pence hailed the bankruptcy lawyer as "literally ... born for this job". But the bonhomie and ceremonial formalities could not

END_OF_DOCUMENT_TOKEN_TO_BE_REPLACED

Israel’s Ambassador to the UK, Mark Regev, places a premium on speaking at university campuses. The context? Israel’s uphill struggle to assuage a growing sense of frustration and anger at a Benjamin Netanyahu-led government seen as a serial violator of international law and human rights. In October, Mark Regev addressed Cambridge University students at its famous Debating Union. The event was recently uploaded onto YouTube, and of particular interest is the Q&A (beginning 27 minutes in). The questions are predominantly critical, or sceptical, and Regev has to shoot from the hip. So here are three claims that the Israeli

END_OF_DOCUMENT_TOKEN_TO_BE_REPLACED

Report breaks new ground on the UN’s examination of the situation in occupied Palestine by using the word ‘apartheid’. A new United Nations report accuses Israel of having established "an apartheid regime that oppresses and dominates the Palestinian people as a whole". The publication comes amid renewed debate about whether, through its settlement policy and rejection of Palestinian self-determination, the Israeli government is creating - or even has already