ISIS Beheadings Are Firing Up The War Hawks In Japan

Despite a pacifist constitution, Prime Minister Abe is demanding a more aggressive response to the terrorists, and a stronger Japan. END_OF_DOCUMENT_TOKEN_TO_BE_REPLACED

They are suing the South Korean government for allegedly encouraging the prostitution that ruined their lives. UIJEONGBU, South Korea — Growing up in hardship in this once-poor Cold War outpost, the young Kim Kyeong-sun decades ago met a job recruiter who promised her housing and a paycheck to support her family.

Her real job? A

END_OF_DOCUMENT_TOKEN_TO_BE_REPLACED

Cambodia’s ‘Better Factories’ Are Getting A Lot Worse

Collective swoons have become a regular part of garment industry life in Cambodia, which employs an estimated 400,000 people, mostly women, and is by far the country’s biggest export earner. PHNOM PENH, Cambodia — Three months pregnant at the time, Sam Ath doesn’t remember collapsing two months ago at the crowded, muggy garment factory where she works at the southwestern edge of the Cambodian capital. The 30-year-old woke up in a hospital bed, only to be told that she had fainted alongside some 60 laborers earlier

END_OF_DOCUMENT_TOKEN_TO_BE_REPLACED 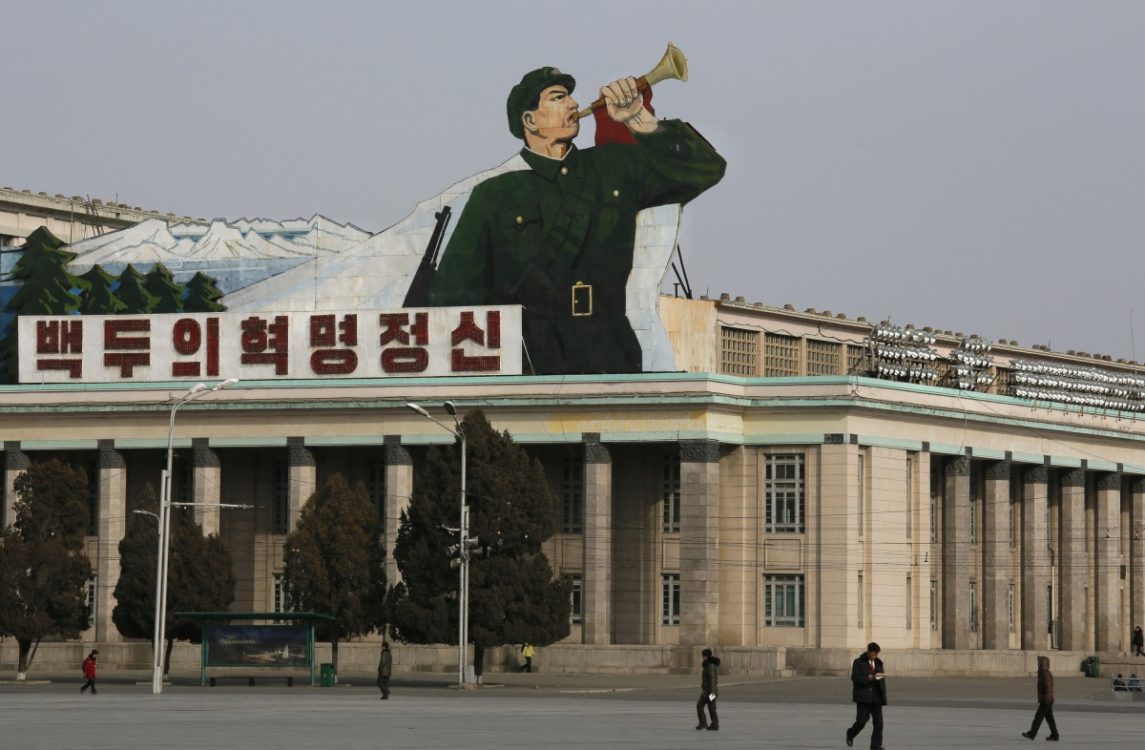 SEOUL, South Korea — For the first time, the United Nations has formally accused North Korea of crimes against humanity. On Monday, a UN panel concluded a yearlong investigation into the regime’s human rights practices. The resulting 372-page report put forward

END_OF_DOCUMENT_TOKEN_TO_BE_REPLACED

If You Think The NSA Is Bad, Wait To You See South Korea’s Surveillance State

Meet South Korea’s spy service, which stands accused of using subterfuge to get a president elected. SEOUL, South Korea — Americans are apparently blasé about government eavesdropping. In the days after former National Security Agency contractor Edward Snowden revealed that Washington spies extensively on its own citizens, polls found that about half of Americans have no problem with such snooping, as long as it protects them from

END_OF_DOCUMENT_TOKEN_TO_BE_REPLACED

The Tragedy Of The North-South Korea Hotline

The direct line between North and South Korea is, as usual, the first casualty of the two countries’ fraught relations. SEOUL, South Korea — Whenever North and South Korea spar words, one poor little bystander always suffers: the hotline. Maintained by the Red Cross, the Seoul-Pyongyang hotline system is one of few channels where the two foes can directly get in touch with each other. Ever since they were set up in 1972, the four lines in total have proven handy

END_OF_DOCUMENT_TOKEN_TO_BE_REPLACED

Should We Trust The Pentagon On North Korea?

In this Thursday, April 18, 2013 photo, students at the Mangyongdae Revolutionary School, in Pyongyang, North Korea march in place. The school is run by the military and school administrators say it was originally set up in 1947 for children who had lost their parents during Korea’s fight for liberation from its Japanese occupiers. (AP […]

Last month, the Defense Intelligence Agency (DIA) — the Pentagon’s intelligence arm — reported “with moderate confidence” in an intelligence assessment that North Korea had mastered a startling technology: the ability to shrink a nuclear warhead and place it on a crude missile. A Republican Congressman revealed the confidential finding at a