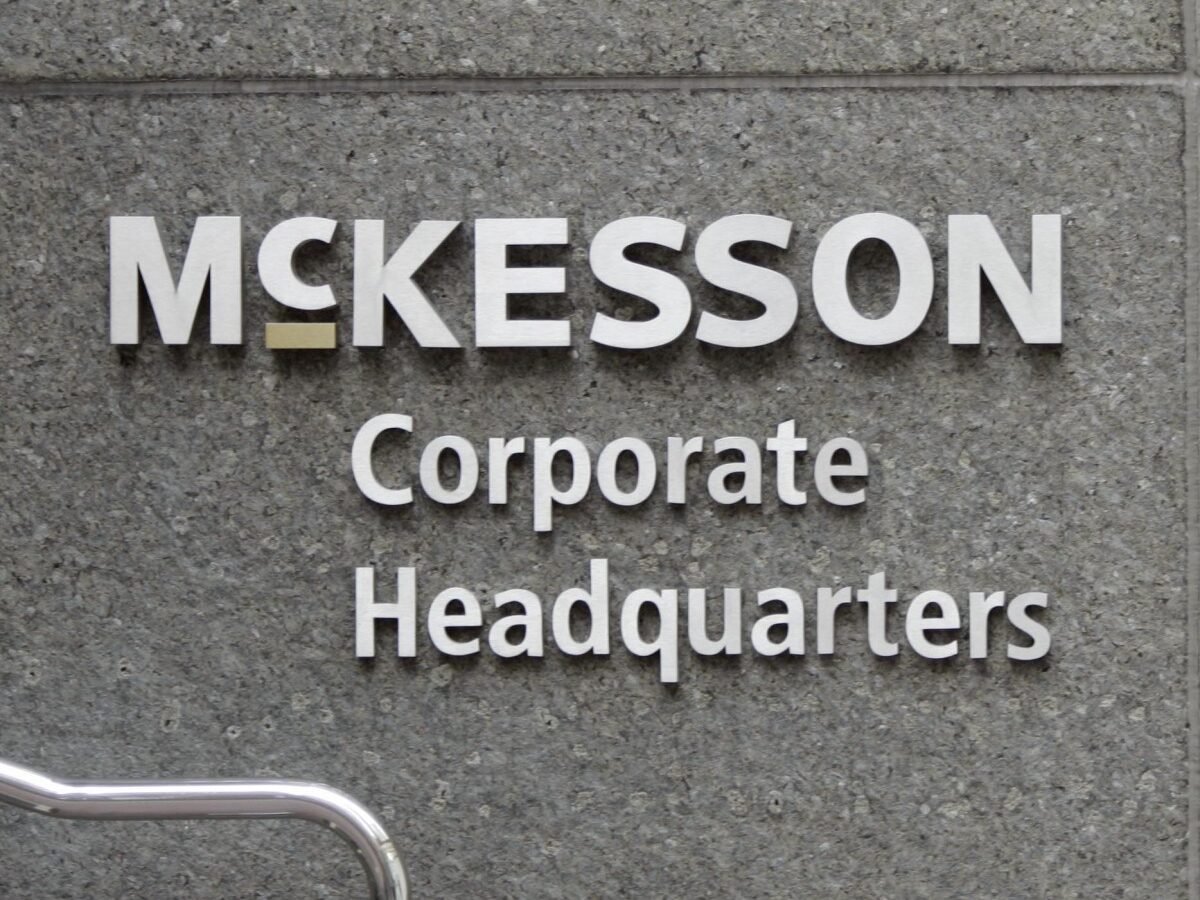 Medicare Continues To Be Target Of Pharmaceutical Fraud Tactics (MintPress) — A recent settlement from the nation’s largest pharmaceutical drug wholesaler by revenue will see McKesson Corp. pay out $151 million to 29 states for claims of artificially hiking the prices of prescription medications. America’s growing reliance on pharmaceuticals has turned wholesale companies into a profits machine, but the industry isn’t without its recent claims of false advertising and price inflation.

Claims against McKesson say the company intentionally inflated drug prices as much as 25 percent from 2001-2009. The inflation includes alleged overbilling for as many as 1,400 common brand-name drugs, such as Ambien, Lipitor and Prozac. Many of the inflation tactics were used against state-funded prescription programs, such as Medicaid. The state of New York will receive the largest payout of any state, getting back $36 million.

While McKesson stands firm that it did not manipulate drug prices or break any laws, New York Attorney General Eric Schneiderman said the company’s willingness to pay out for a settlement speaks for itself. He said the company should be held liable for manipulating states during a time when state budgets are already constrained.

«Pharmaceutical distribution companies are not above the law,” Schneiderman said. “This settlement holds McKesson accountable for attempting to make millions of dollars in illegal profits.”

State and federal governments are reliant on prices provided by wholesalers such as McKesson. Medicare and a handful of state Medicaid programs determine their prescription prices based on the Average Wholesale Price (AWP) – a figure based on information supplied directly from wholesalers. The False Claims Act Resource Center, operated by the Pietragallo Gordon Alfano Bosick & Raspanti law center, wrote that the most common type of wholesaler fraud occurs when pharmaceutical manufacturers “inflate the AWP of their drugs and to use that inflated cost to provide a financial inducement” for those who prescribe their drugs.

“Pharmaceutical manufacturers provide such financial inducements through what is known as ‘marketing the spread,’” the center wrote. “In this scheme, the ‘spread’ is the difference between (1) the actual cost that the pharmacist pays for a drug and (2) the price that the Government (Medicaid) will pay for dispensing that drug, which is determined by the AWP for the drug.”

While speaking for the Department of Justice in an announcement of settlement claims in 2010, Assistant Attorney General Tony West explained how the practice ultimately cost taxpayers millions of dollars.

“This allowed drug companies to create an incentive for the purchase of their drugs since buyers could pay the drug companies one price and obtain government payment at an inflated price and pocket the difference — essentially a kickback scheme funded by taxpayer dollars,” West said. “Not only did this practice cost our public healthcare programs millions of dollars, it also threatened to undermine the integrity of the choices health care providers made for their patients.”

In the most recent figures, McKesson earned $108.7 billion in revenue during the fiscal year 2010. Between McKesson, Cardinal Health, Inc. and AmerisourceBergen Corporation, the three companies account for around 85 percent of the wholesale industry in the United States.

Medicare is the only federal health program that does not negotiate fair prices for prescription drugs – taking whatever face value prices wholesalers pitch. Other government agencies, such as the Department of Veterans Affairs, the Department of Defense and the Public Health Service, all buy drugs at negotiated prices. Medicare’s Part D prescription prices are handled and dictated by private insurance plan rates.

In a strange paradox, private insurers control the price of prescriptions for a federal government service. That practice is the byproduct of the Medicare Modernization Act of 2003. Congress noted an increasing rate of seniors not being able to pay for prescriptions, so in what was thought to be a cost-cutting measure by restructuring the prescription prices to private insurers turned out costing seniors more.

The AARP has said that since private insurers have taken over drug pricing for Medicare, the rate of inflation for those drugs has grown much faster than the national average rate of inflation, saying common price hikes put more of a burden on seniors.

«For the people who rely on these drugs, such relentless price increase have serious implications,» AARP SVP public strategy Cheryl Matheis said in March. «Despite price reductions for generics, it’s evident that the considerable increases in brand name and specialty drug prices are still leaving Americans with overall costs that are growing far faster than the rate of inflation.»

From 2005-2009 – a year range that falls into McKesson’s alleged artificial price hikes – an AARP study found that the general inflation rate was -0.3 percent while the average drug prices increased by 4.8 percent in 2009. Specialty drug prices for that year also rose 8.9 percent. For 469 of the most common prescriptions on the market, prices increased by 25.6 percent from 2005-2009 while the general inflation rate was 13.3 percent.

The rise of lawsuits

Since the passage of the Medicare Modernization Act, states have begun taking it upon themselves to file lawsuits against drug manufacturers for AWP fraud. Last year, Texas was awarded $170 million from Actavis after a jury determined it had committed AWP fraud. The case shed light on the continuing practices by some wholesalers, alleging that some are charging as much as 6,000 percent more for drugs than the prescriptions true cost.

One of the most recent rulings outside of the McKesson settlement saw the state of Mississippi awarded $78 million from Sandoz, a multinational generic drug manufacturer.

There is currently no active legislation to change the process of how Medicare is quoted prescription prices. But that’s not for a lack of activism for a reformed system. The Center for Economic and Policy Research (CEPR) says that the Medicare program could save billions of dollars if a drug benefit program was added exclusively to Medicare in replacement of private companies. That would allow Medicare to negotiate prescription prices much like other government departments.

“While there were clearly political and ideological reasons for designing the Medicare drug benefit in its current form, it is important that the public have an accurate assessment of the potential savings from structuring the benefit in a more efficient way,” the CEPR wrote in a report. “These savings could be divided between lower costs to the federal government, reducing the cost to state governments, and providing a more generous benefit.”