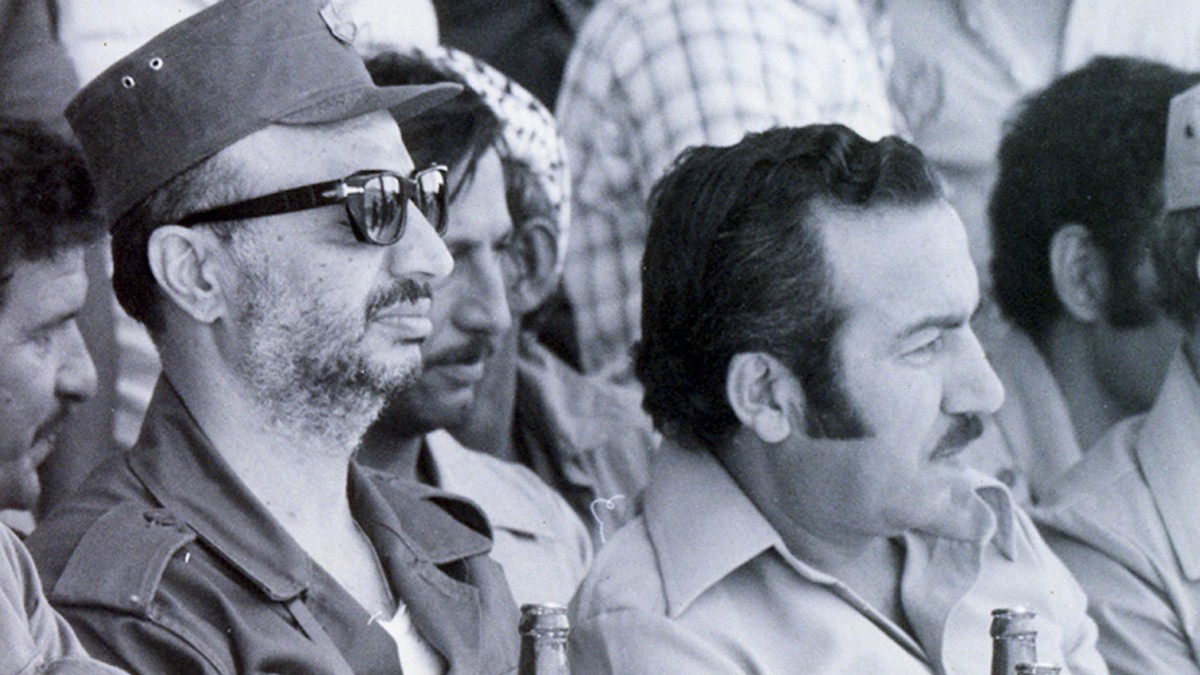 For years, many had speculated — for which they were promptly cast as tinfoil hat conspiracy theorists — that when it comes to achieving illegal goals, including but not limited to creating «false flag» terrorism and political assassinations, few are as skilled and industrious as the CIA and Mossad. Especially Mossad.

Only, as so often happens, most (if not all) such «conspiracy theories» turn out to be truth, in this case exposed thanks to the work of Israeli investigative journalist Ronen Bergman, whose just-published explosive book «‘Rise and Kill First: The secret history of Israel’s targeted killings» details such Israeli plans as the assassination of Palestinian leader Yasser Arafat which included a plot to blow up passenger planes and football stadiums.

Ronen Bergman, the intelligence correspondent for Yediot Aharonot newspaper, persuaded many agents of Mossad, Shin Bet, and the military to tell their stories, some using their real names.

The result is the first comprehensive look at Israel’s use of state-sponsored killings.

An excerpt from the book published in the NYT , details how when former Israeli Prime Minister Ariel Sharon was defense minister, he ordered the Israeli army to shoot down a passenger plane carrying hundreds of innocent people Arafat was thought to be on. Arafat was chairman of the Palestine Liberation Organization at the time. Although the plan was eventually called off, it was allegedly one of a list of plans to assassinate the Palestinian leader.

Bergman spoke to hundreds of intelligence and defense officials and studied classified documents which have revealed a “hidden history, surprising even in the context of Israel’s already fierce reputation.”

“I found that since World War II, Israel has used assassination and targeted-killing more than any other country in the West, in many cases endangering the lives of civilians,” Bermen chillingly wrote, in the process unleashing a whole new series of conspiracies theories, many of which will certainly also be confirmed.

In another assassination attempt in October 1982, Mossad set its sights on a plane which was carrying 30 wounded children, victims of the Sabra and Shatila massacre by Phalange militia in a Palestinian refugee camp in Lebanon.

According to the book, Tsomet, the Mossad unit which recruits assets overseas, had heard Arafat would take a plane from Athens to Cairo. Caesarea, the Mossad unit responsible for targeted killings, sent two operatives to wait at Athens airport. F-15 fighters were placed on alert. Mossad eventually realized the man was not Arafat, but his brother – who was bringing wounded Palestinian children to Cairo for medical treatment.

As Bergmen explains, he first heard of that assassination plan in 2011, but his source made him promise to wait until a second person came forward with the story. In another case detailed in the book, fighter jets surrounded a commercial flight from Jordan to Tunisia, while in another incident, they disrupted a Boeing 707’s communications, Haaretz reports.

In addition to Mossad’s apparent penchant for covering up a single assassination among dozens of innocent victims, there is an even more bizarre revelation.

Blood stains surround the place where a bomb exploded on a bus in the Syrian capital of Damascus on Dec 31 1996 blowing off its roof and windows. Syrian authorities announced that nine people were killed and 44 wounded among them 11 from the same family, in the blast which they blame on the Israeli Mossad. (AP/Syrian Arab News Agency )

Bergmen writes of an assassination attempt inspired by the movie The Manchurian Candidate. Israelis reportedly sought to turn a Palestinian prisoner into a trained killer. The only problem is that this backfired when, five hours after being released, the prisoner turned himself into the police and explained everything.

Then there was plain old mass murder: another plan was to take out all of the Palestine Liberation Organization leadership by setting up bombs inside a Beirut stadium where the group were planning to celebrate the anniversary of their first operation against Israel. According to the book, the Israelis also set up cars rigged with explosives outside the stadium, set to detonate minutes after the first explosion to target survivors as they were trying to escape.

The operation was canceled at the last minute after a group of officers and the defense minister demanded it be called off.

“You can’t just kill a whole stadium,” an officer remembered telling then-Prime Minister Menahem Begin. “The whole world will be after us.”

Meanwhile, Israel’s vendetta against Arafat continued and in 1982, Sharon created a special task force named Salt Fish to take out the PLO leader. He appointed special operations experts, Meir Dagan, who later became head of Mossad, and Rafi Eitan, who was the adviser to the defense minister on counterterrorism matters. The group even debated killing Israeli journalists who were going to interview Arafat in Lebanon in 1982, with the consensus being that, yes, it was worth carrying out such an operation. However, Mossad lost the group on the way to the meeting.

«The feeling was that it was something personal for Sharon,” Air Force commander in Chief Major General David Ivry told Bergmen.

One can almost see why.

Still, despite their best efforts, Arafat continued to evade Mossad’s relentless assassination attempts, in no smart part thanks to the occasional normal human being.

Uzi Dayan, the operation’s commander, told Bergman Arafat was saved by two things, “his interminable good luck and me.”

He explained that he was concerned about civilians being killed in an assassination, and clashed with Eitan over it, who would get angry over missed opportunities. Dayan even withheld intelligence from Eitan to prevent civilian casualties.

Eitan would remind Dayan that he did not have the authority to decide whether or not to drop a bomb. But Dayan nonetheless found a way to take a hand in the decision-making. “All I had to do was to report when the target was ripe from the intelligence point of view,” he said. “So from that point on, each time we knew that bombing would lead to massive civilian casualties, we reported that the target wasn’t ripe from the intelligence angle.”

Based on 1,000 interviews and thousands of documents, and running more than 600 pages, Rise and Kill First makes the case that Israel has used assassination in the place of war, killing half a dozen Iranian nuclear scientists, for instance, rather than launching a military attack. It also strongly suggests that Israel used radiation poisoning to eventually kill Arafat, an act its officials have consistently denied

It wasn’t just Arafat: poisoned toothpaste that takes a month to end its target’s life. Armed drones. Exploding cell phones. Spare tires with remote-control bombs. Assassinating enemy scientists and discovering the secret lovers of Islamic holy men: these were the techniques Israel used to carry out at least 2,700 assassination operations in its 70 years of existence. While many failed, they add up to far more than any other Western country, the book says.

Bergman, the author of several books, also says that the Israeli secret services sought to interfere with his work, holding a meeting in 2010 on how to disrupt his research and warning former Mossad employees not to speak with him.

Bergman raises moral and legal concerns provoked by state-sponsored killing, including the existence of separate legal systems for secret agents and the rest of Israel. But he presents the operations, for the most part, as achieving their aims. While many credit the barrier Israel built along and inside the West Bank with stopping assaults on Israeli citizens in the early 2000s, he argues that what made the difference was “a massive number of targeted killings.”

One of Bergman’s most important sources was Meir Dagan, a recent head of Mossad for eight years who died in early 2016. Toward the end of his career, Dagan fell out with Prime Minister Benjamin Netanyahu partly over launching a military attack on Iran. Netanyahu said intelligence techniques such as selling the country faulty parts for its reactors — which Israel and the U.S. were doing — weren’t enough.

Finally, we may have to wait for part 2 of the book to learn how many of Mossad’s other clandestine operations leading to «massive civilian casualties» — with several key prominent examples springing to mind — were not stopped from taking place.